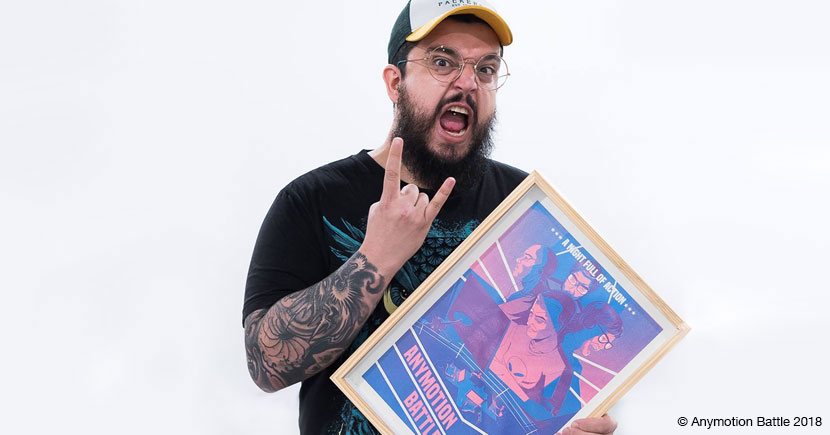 Last month saw the thrilling conclusion of the Anymotion Battle 2018 in São Paulo, Brazil. Held in front of a live audience, the contestants relentlessly worked under various stipulations to produce short animations from scratch within a tight time limit. Although competition was fierce, 2D animator Ricardo Mendes convinced the judges with his stylish submission and claimed first place.

As part of our support of the event, it is our great pleasure to bring you an exclusive interview with Ricardo. Continue reading to find out how he approached the contest and what it took to take home Anymotion Battle 2018.

Hi Ricardo, thanks for taking the time! To start things off, please introduce yourself to our readers!

Hi everybody, my name is Ricardo Mendes, I'm 32 years old and I live in Porto Alegre, Southern Brazil, where I run a small studio focused on animation and motion graphics called Abissal Studio.

Can you recall your first exposure to CGI?

Well, I graduated in cinema and film production, but I’m entirely self-taught on animation. While I never had the opportunity to work with CGI, I have always been into post-production and compositing. Lately I've been doing a lot of 2D animation and I'm slowly transitioning into 3D since I won these amazing prizes from Anymotion.

You have recently emerged as the winner of the Anymotion Battle 2018 – congratulations! For those not in the know, can you please describe the event and its unusual mode of competition?

Thank you! Anymotion Battle is a competition between five artists to create and produce a 10-second animation from scratch within just five hours. This year theme, of which the participants were notified 36 hours before the event, was ‘A War of Two Keyframes’. Another stipulation was that we were only allowed to make use of five assets. I ended up making the decision to use only one in the form of grain footage. When I signed up for the competition, I had no idea what I was in for. It was very intense, yet really fun at the same time. 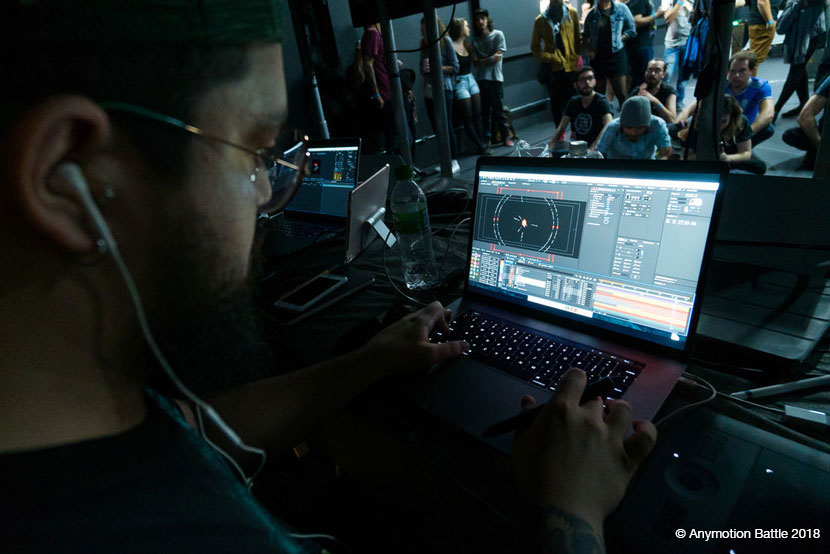 The tight schedule during the competition kept Ricardo busy at all times.

When and why did you decide to participate in this year’s Anymotion Battle?

I remember instantly falling in love with the promotional artwork the second I saw it on Facebook. There was no further information publicly available at the time Isac, the founder and organizer of the event, released it. When I finally figured out what it was all about, the thought of participating myself greatly excited me. However, I was in the middle of a busy work schedule and barely had enough time for the registration. I ended up submitting my reel four minutes before the deadline!

How did you approach the contest and its theme ‘A War of Two Keyframes’? Did you start out with an idea already in mind?

The week of the contest, I was really sick, fever and all. The night before the event, I felt so bad I couldn’t sleep. That's when the idea came to me.

How did you deal with the time constraints and working in front of a live audience?

Time was definitely the worst thing for me, I had to let go of many of the shots I had initially planned. I was ok with the presence of the audience, although it was quite loud. I tried to blank out the noise as best as I could and focused really hard on my decisions. 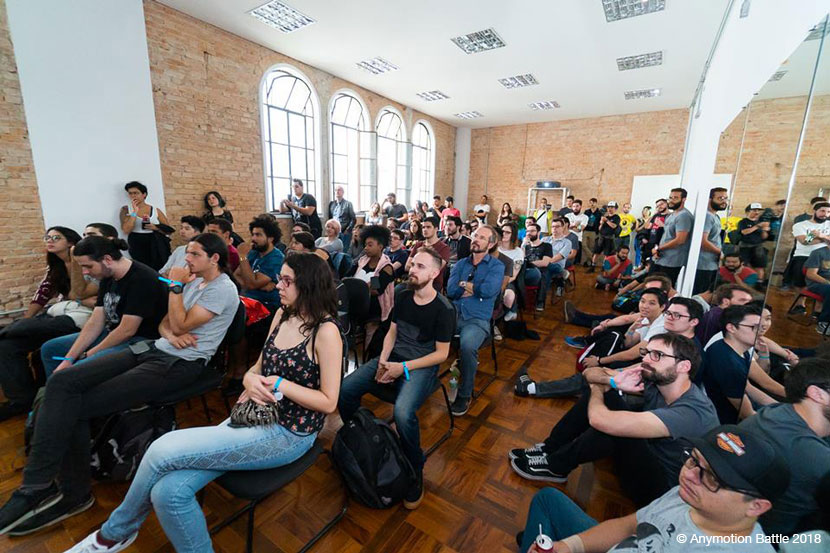 Working in front of a live audience creates an unusual setting.

Once you had an idea of what you wanted to do, how did you then go about developing a “game plan”? Please walk us through your actions during the five hours of the contest.

I decided to go through all steps of the production as I would under normal circumstances. My main priority was to finish on time, quality came second. Everything on top of completing the challenge I considered a bonus. I started storyboarding, then edited the animatic to develop a basic feeling for the timing, at which point I finally started designing and animating.

Soon after, I realized that some of my boards were to elaborate and time-consuming, so I began making cuts – all the while trying my hardest to maintain my initial idea despite these sudden changes. After I got the animation done, I began working on the compositing and overall look. I made a first render and added some sound FX and music with very little time left. I watched the animation a couple of times and used the remaining time to polish it as much as I could. Finally, I made a new render – and done.

What was the biggest challenge you had to overcome?

I had to improvise a lot when I realized I just didn’t have the time to do everything as originally planned. The biggest challenge overall was to not lose track of the initial vision through the various improvisations and reductions.

Your competition that day was rather fierce. However, your animation stands out both in terms of style and completeness. How would you describe the aesthetic of your clip in your own words?

It's simple in style. My plan was to build it in a way that was easy to render while keeping the concept visually strong. Overall, I’d say everything is pretty straightforward.

Obrigado! Ricardo extends his visual thanks to all of the support he received.

What software did you use at Anymotion Battle 2018?

I used Procreate on an iPad to make the rough storyboard, Storyboarder to sketch the boards on computer, Adobe Premiere to edit the animatic, After Effects in conjunction with Adobe Illustrator for the animation and design and finally, again Adobe Premiere to tie everything together and add the SFX and music.

Have you used RebusFarm before? If yes, please tell us more about your overall experience!

Unfortunately, I haven’t had the chance to try it out yet. However, I’m thrilled to check it out soon, everything I hear about your service is great.

In closing, is there anything else you want to say? Any present or upcoming projects you would like to mention?

Currently, I'm working on launching a studio based in Canada called YellowLab with my wonderful partner Andrew Embury. I hope we have some great projects coming very soon! I'd like to thank RebusFarm for supporting Anymotion Battle and give a shout out to the entire motion design community for being so nice. We're stronger together!

Thank you so much for taking the time and all the best in the future!

Keep up with Ricardo Mendes and his work here: