We're pleased to inform you about our 3D Artist of the Month August 2016, the very talented Fabian Flenker with his magical image of a girl riding a bee.

Fabian is a 26-year-old 3D artist and motion designer from Germany. From a young age, he wanted to express his ideas and creativity, wanted to make it touchable and share it with others. Initially, it was wild tinkering and mostly pen and paper were his tools. Then later, these tools were often replaced by spray cans till he finally discovered Photoshop. He first started with composition and stop motion clips till there was a "Big Bang" at an age of 19 years. He attended his first 3D animation course and soon realized that this is what he wanted to do in the future. He told us that he'll never forget the first time he rotated a simple cube in Cinema 4D. The same evening he downloaded the trial version and watched tons of YouTube tutorials.

After the first small successes, the next few years Fabian continued his education always driven by his passion: "Gradually I improved my skills, got some bigger projects and the chance to work for top brands. Today I turned my passion into a career and do work as a full-time 3D artist for the design agency "ideengestalter" and also as a project based freelancer. Sure, after some time there is a basic knowledge, but what I love about my job is that it is so versatile that each new project is accompanied by new technical challenges. Maybe that's the reason why this job is so exciting. You never stop learning, never stand still."

Fabian also told us that Maxon, the creators of Cinema 4D, are using some of his artwork for their marketing material. And by the beginning of this year, he also won the "German Design Award" for his showreel created at "ideengestalter". He was definitely surprised: "The project, which makes me the proudest is the one I did for Adobe last year. The guys of Adobe asked me to make a customized 3D artwork for their 25th Anniversary TV commercial. It was really a lot of fun to work with them and see my work showcased next to the ones of the world's top artists!"

In 2016 he took the spare time to start a new personal project: "I took all the spare time to put my focus on product design and founded the label looma. The job as a 3D artist is great, but if you always design key visuals or doing some animations there is only a digital output or a flat print. But to see your 3D designed object in real life, to feel it and hold it in your own hands, this really brings a different aspect to it. It's really nice to create innovative new products and continue using my 3D skills for the construction or website renderings." 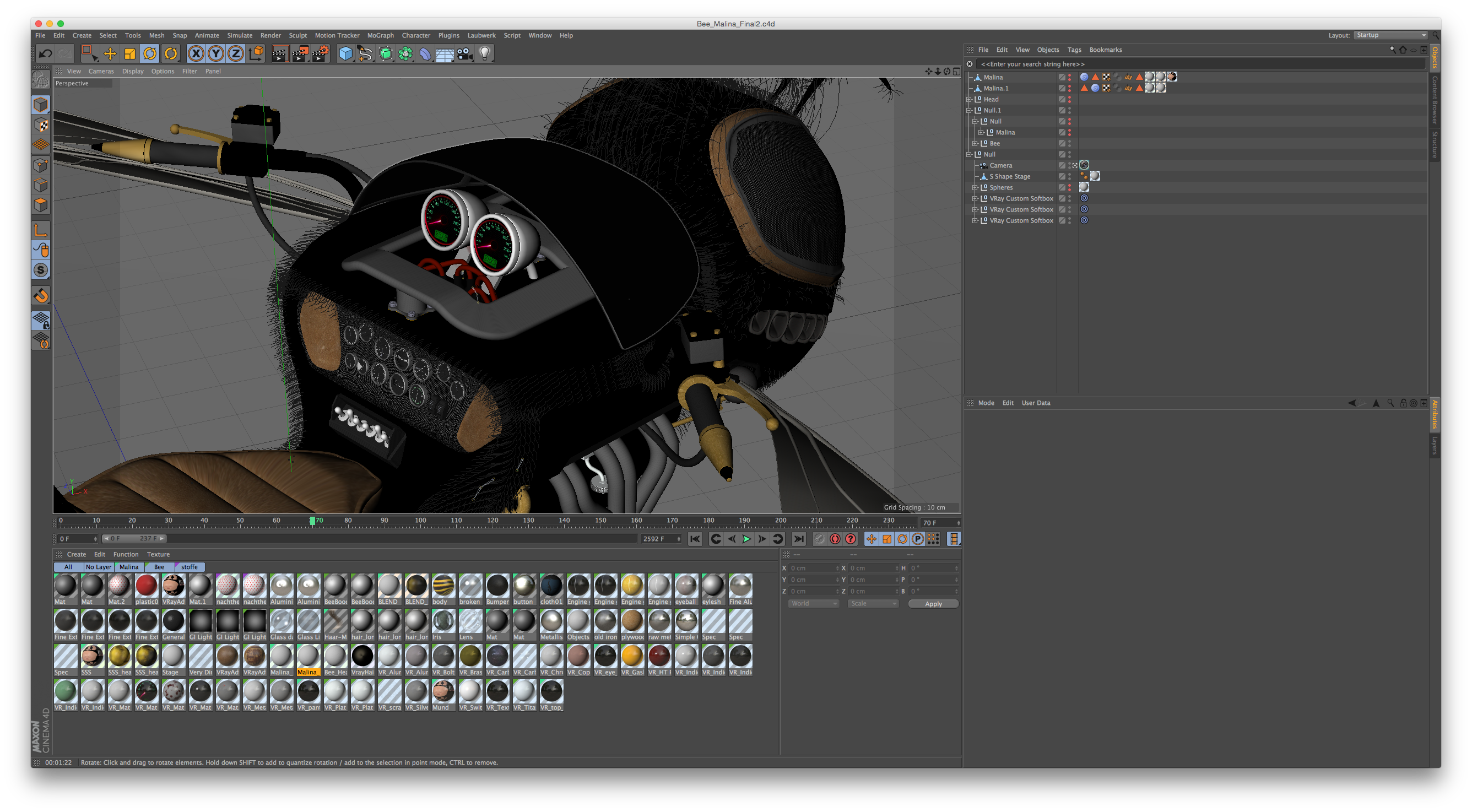 We asked our 3D Artist of the Month August to tell us about the creation process of his winning image: "I mostly used Cinema 4D (Bodypaint 3D, Sculpting, Vray for C4D) and Photoshop for post-production. Next, to the daily business, it's sometimes nice to do your own thing. This specific project was initiated as a spare time project. I wanted to make something completely different with lots of modeling and texturing work included. Something quite colorful and fantasy like. After my daily journey through the artwork on Behance and some quick scribbles, the idea of my image "Wonderworld" was born. The project was split into different phases. Each element was modeled and textured as a single piece." 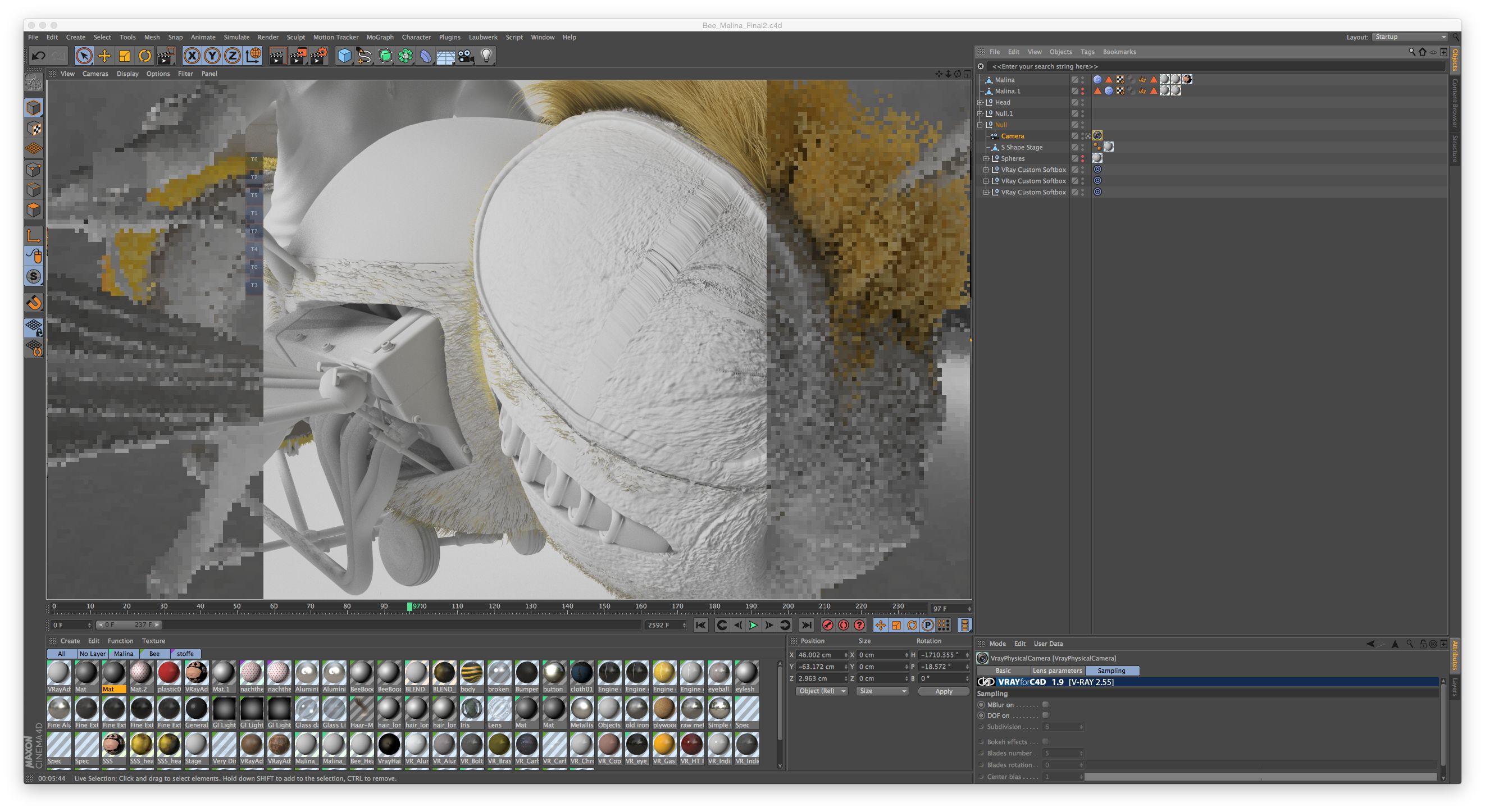 "First I started modeling the creature. A mixture of a motorcycle, airplane and a bee. For modeling anatomical parts I took many reference images from the web. After the basic shape of the bee was finished I added the details like the seat, engine and the wings. The second part was the girl riding the bee. I had a short shooting with my little sister and took images of her head and face as modeling reference and for painting texture maps. The basic mesh was adjusted using C4D sculpting tools. To make her movable I built a simple character rig." 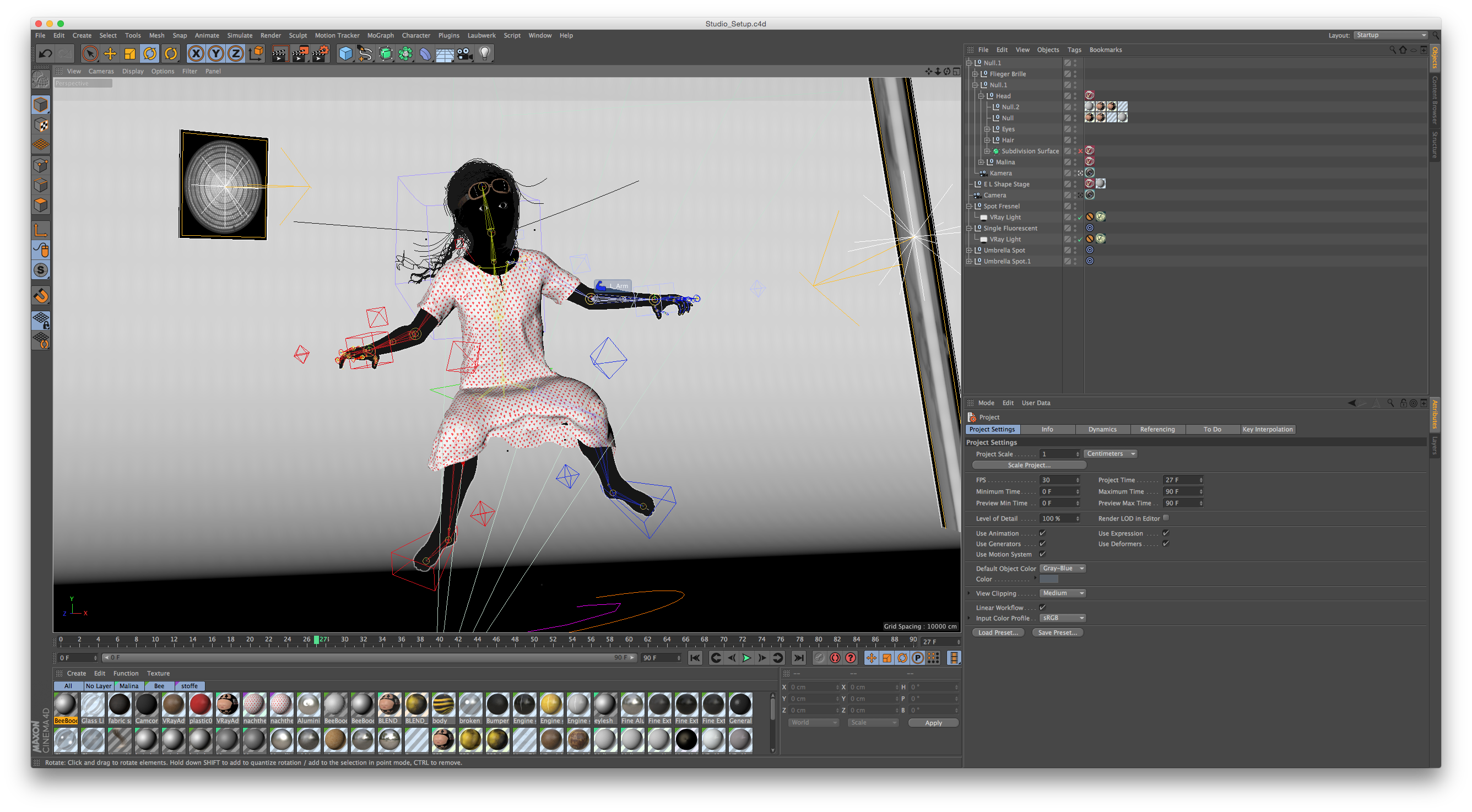 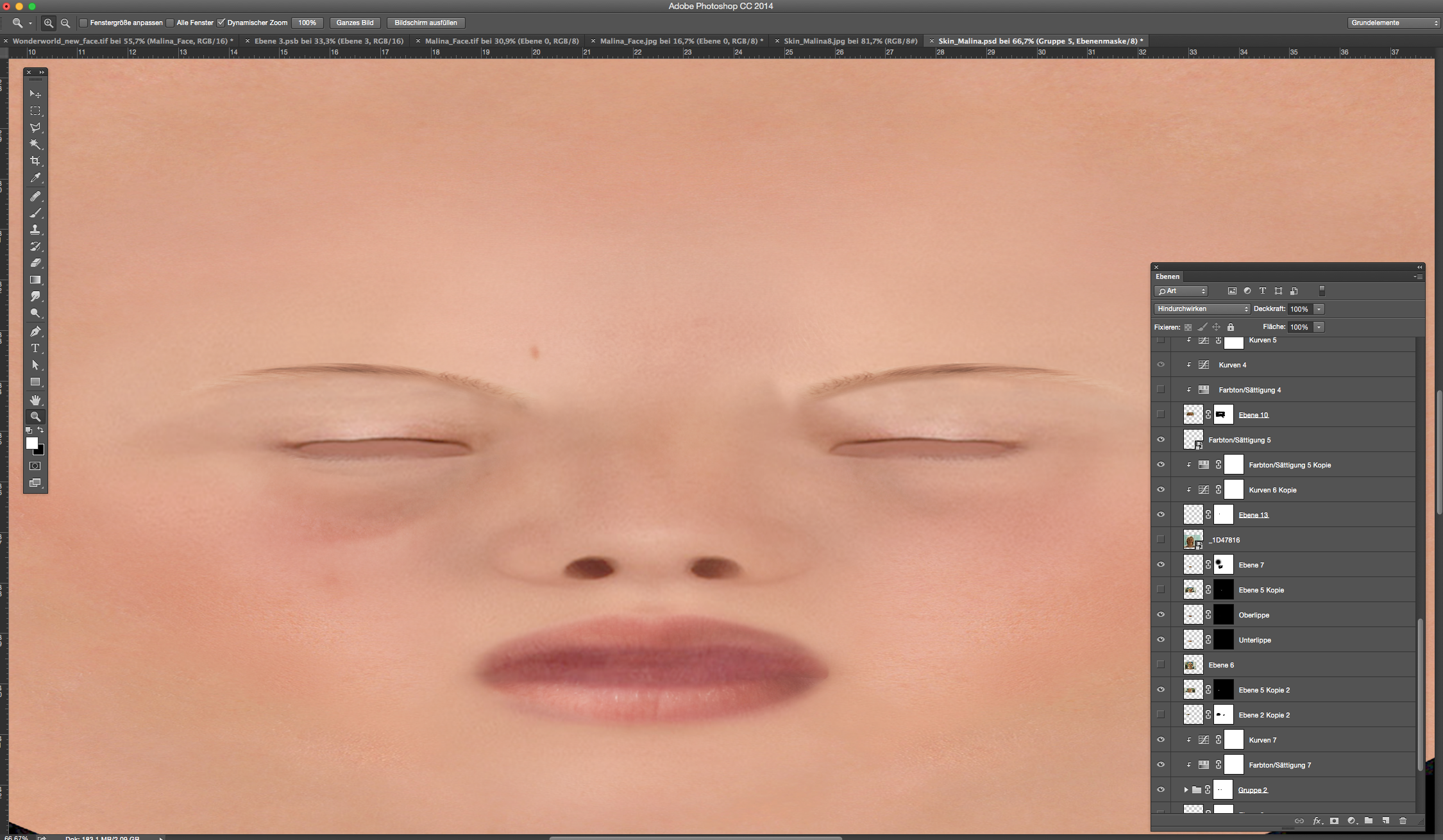 "As one of the last steps, I created the environment, modeled many vegetation objects like mushrooms and stones. And for the light setup, I used a simple sun and an hdri for more depth. I also used some models of libraries like Evermotion.

All in all, I cannot say how many hours I spent on this project, but there were many long nights with only me and C4D, spread over many weeks. I was so happy when I finished each single model and scene and was finally able to celebrate the wedding of each separate component."

The image was created last year, but Fabian never had time to publish or share it in a reasonable way, so he chose to enter our 3D Artist of the Month contest at last: "I thought this contest would be a great opportunity for me to share details about my work with the RebusFarm community. I often receive the newsletter from RebusFarm and read the winner interviews of this contest. It's always nice to see the work of other artists and get a closer look into the making. And I am a huge fan of your service. I have used your render farm for some years now. As a new user, I received some free Renderpoints and when I first rendered I was really amazed about the easy installation and fast rendering. For me as a first time user, the speed was inconceivable and opened whole new possibilities. Today I still use your service for commercial projects with tight deadlines. Renderings like 30000x10000 pixel or animations: No problem for Rebus! And if my clients understand the process and necessary power needed for 3D visualizations, there is also no problem to forward the render costs. All in all: Great support! Fair price! Fast rendering!"

You want to be our next featured 3D Artist of the Month during the upcoming month of September and win 250 Renderpoints? Then, just visit our facebook page, upload one of your self-made 3D images and send us a personal message containing your email address. We'll choose the best image and contact the winner.