A chat with animator and director Richard Bazley

We got the chance to talk to award winning animator and director Richard Bazley about his latest movie, his career at Disney and his creative vision. His current project "Predawn" is crowd funded and all proceeds go towards homeless charities. RebusFarm really liked the idea and decided to support his altruistic endeavors. We'd be happy if our users take similar action and donate to his Indiegogo campaign.

Hi Richard, thank you for taking the time out of your busy schedule. First of all, can you tell us about yourself and your work as an animator and film director, please?

You're welcome and of course! It has been and still is quite a journey. I started off in the film business many years ago when Disney was making "Who Framed Roger Rabbit?" in London. I did a test and was lucky enough to be hired as a so-called "inbetweener". There was so much to do, I was even animating some scenes by the end of production although I didn't have the title at that time. After the film finished their studio in Camden closed and Disney wasn't going to bring me over, so I went to Don Bluth Studios in Ireland, which had been set up by a team of former Disney animators. After working on several films I rose up to "directing animator" and then Disney contacted me again and offered me a job animating on "Pocahontas" in LA. Their next film was "Hercules" and I was "directing animator" on that one, too.

You also worked as an animator on blockbuster movies such as "The Iron Giant" and "Harry Potter and the Prisoner of Azkaban". What was it like to work on such major productions?

Whilst at Disney I heard that Warner Bros were working on a film based on a book by Ted Hughes. I had pitched an idea based on the same book to Don Bluth whilst there but he had turned it down. When I heard about Warner Bros plans I was very curious, so I talked to them and Brad Bird, director, and writer of "The Iron Giant" invited me to go over and see him. He pitched it to me and I was fascinated by his take on it. They offered me a role as directing animator and I went over to work on "The Iron Giant". Upon its initial release, the film flopped at the box office. Yet, thanks to DVD sales and word of mouth over the years, it is now considered a classic.

It was an interesting time in the animation business overall, to say the least. I had been a traditional animator until then. Pixar had just come out with "Toy Story" which was to ever change the landscape of the business."Osmosis Jones", the next film up at Warner Bros was a mixture of live action and animation. I worked on the character "Drix", a terminator character which destroyed viruses whose design was based on a pill. It soon became clear that due to the nature of the design, (a cylindrical character with a cross on it), it would be tricky to hand draw it. It seemed to make sense that it should be executed in CGI much like the Giant was in "The Iron Giant" with a toon render to make it fit with the rest of the characters. Up until then, I had only done 2D characters, so presumed I would be moved onto another character but was asked to be the lead instead! With just three months to go, I was trained in Maya and headed up a team of 20 artists. It was my acting skills they wanted and that seamlessly translates from 2D to CGI. It was a huge task but it gave me the CG skills I needed further along the way.

Fast forward a few years I was back in England animating as a freelancer on the "Hippogriff" on "The Prisoner of Azkaban" for the last few month of production. It was good to get yet another insight as to how a studio works, especially a live action production. It was around this time that I also started storyboarding a lot. Combined with my previous experiences, this significantly helped me move forward to directing. I've been steadily looking at "the bigger picture" more and more. I wanted to tell stories as a whole as opposed to, just concentrating on a few seconds here and there. Not that there's anything wrong with that, it was just that my goals had changed.

What advice can you give young artists just starting their careers in CG and animation business?

Just soak it all up! Be a sponge. Learn something new each day. You can learn from the negative experiences as well as the good. I still think drawing is a great fundament even if you aren't drawing as a CG animator. It can help you understand form, gesture, and movement. Life drawing, in particular, is a great craft to master. As an animator, you can never observe and people watch enough. I would often go down to Venice Beach to watch all the different types of people and sketch all day.

What is or was your favorite software to use when animating?

It's amazing that someone like me even uses software. I come from a generation when you just had your pencil, a sharpener, paper and an eraser! So for me, it's all about ease of use and the more intuitive the software the better. I am comfortable now with Maya and most of the CG packages when it comes to animating. Modeling and texturing I leave to the experts in this field. For storyboarding I love the intuitiveness of Sketchbook Pro and for assembling boards Toon Boom Storyboard Pro.

Now let us talk about your latest project "Predawn", "a love story set in the world of the homeless". What drove your interest in this particular subject?

I had been directing a short live action project in Bath with the renowned director of photography Gary Young. I was considering various opening shots for the beginning of the movie and found myself in Parade Gardens looking up at The Empire Hotel. In the foreground are the magnificent Colonnades. I could see what looked like a bundle of rags and noticed some movement. On closer inspection, I could see there were several sleeping bags where the homeless had camped. The contrast was shocking to me. All in one shot, luxurious rooms for the wealthy and below stone floors and sub-zero temperatures in the winter. It just got me thinking. So I started doing research. I stopped and talked to many of them and they all had stories. Gary and I also spent some time going into Bath and he took some magnificent portraits. All the homeless were very friendly, very personable and eager to share any information they had.

Can you go more into detail about the story behind "Predawn"?

It's a simple love story set in the gritty world of the homeless. It’s a condensed portrayal of time, much in the same way as Danny Boyle's "127 hours". A girl misses her last train home and decides to kill some time unaware of what a dangerous area she's in. A young homeless lad offers to walk her to a local café where she will be safe. He has to attend to his dog on the other side of town and promises to be back early the next morning to walk her back to the first train. But he gets tangled up in a series of unforeseen events in which his dog is kidnapped, he is beaten up and even drugged. The movie has a suspense filled ending and keeps you at the edge of your seat all the way through!

How can our readers support "Predawn"?

Donations to our Indiegogo campaign are as low as £1, so every penny counts. Also simply sharing the link or news and updates will help hugely. As a bonus, there are cool perks for everyone ranging from posters to software, computer bags, graphics tablets and original art. Some of the art has been created by top graffiti artists Zase and STEWY from Bristol, the capital of graffiti in the UK. There is even one perk where Zase has done a large piece of graffiti on cardboard so if you have a very large wall you could have your very own graffiti in your house!

Though the most important thing is to remember who we are doing this for. Homelessness is on the rise here and in many other countries. In the US it has gotten to an outrageous level but I believe here we still have time to turn it around and aim for zero homelessness. 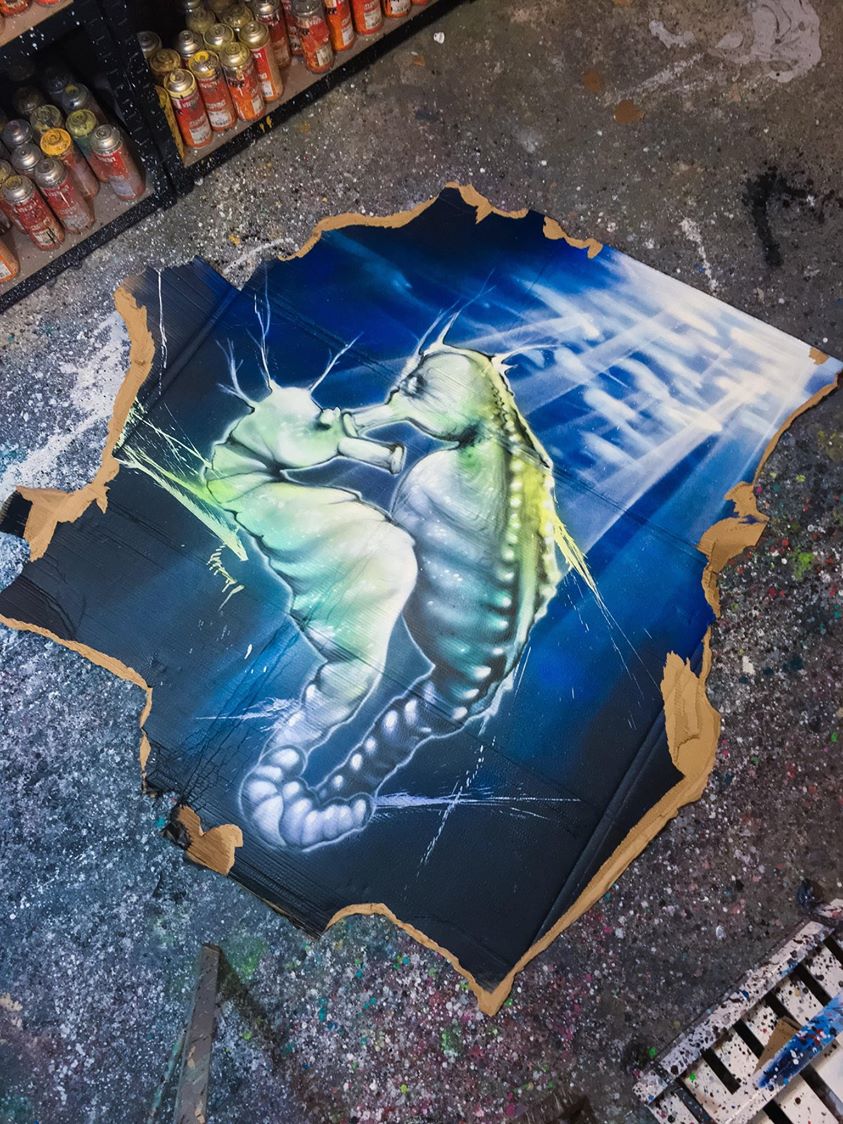 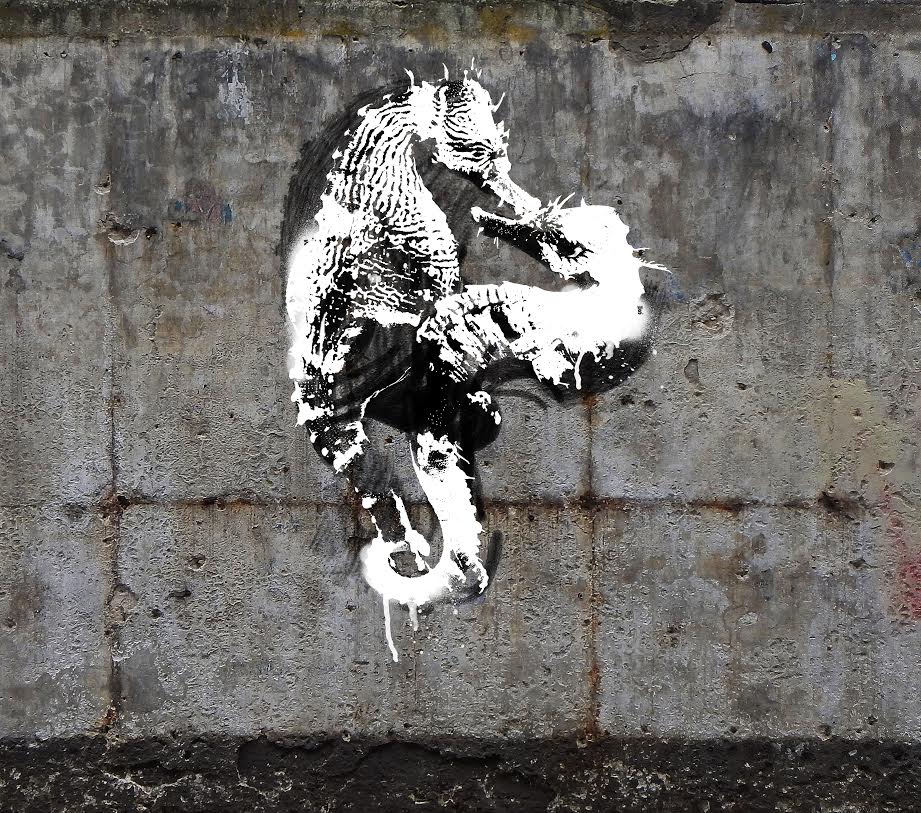 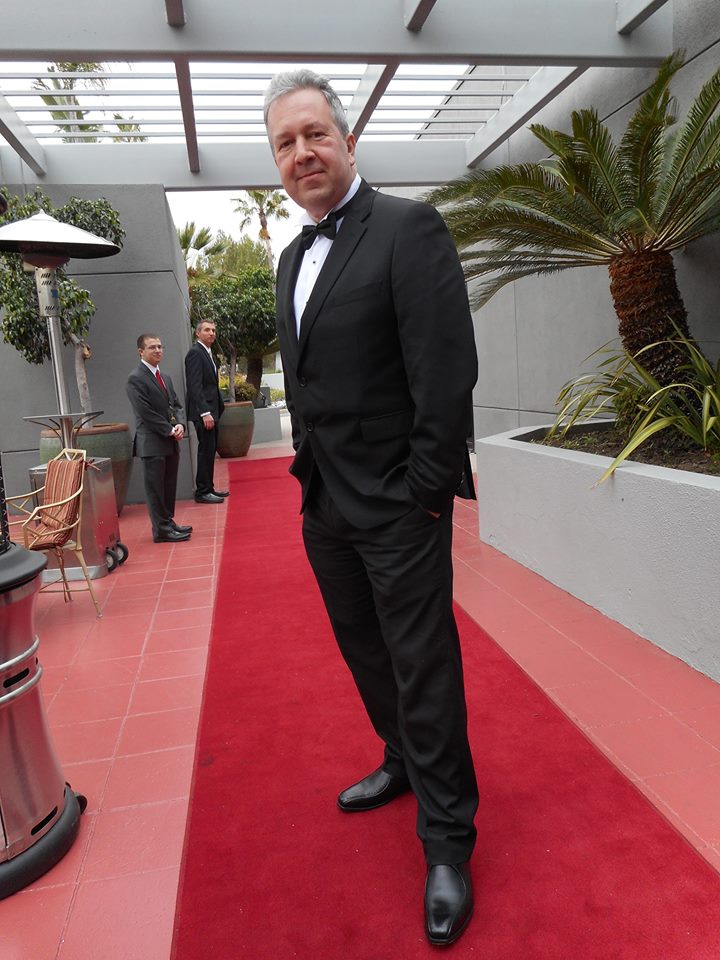 Richard Bazley at the Emmy Awards

I do hope people will have a look at our campaign and if it touches them to make any kind of contribution. You never know where it will lead. The last project I was involved in as a director was the crowdfunded "Lost Treasure Hunt". That went on to receive two Emmy nominations and won multiple awards including "Best Writing" at the "Shanghai (Magnolia) TV Awards".

"Predawn" is a wonderful low budget indie film. We have a lot of freedom on this one. We do have a number of other larger budget films in the works, too. One is "The Chimeran", a sort of cross between "Planet of the Apes" and "District 9" two of my favorite movies. This one will require a lot of animation and a lot of rendering as well!

However, for me, great films are those that move us, no matter the cost. Films for me are a way of reflecting life and if a possible way of enabling social change.