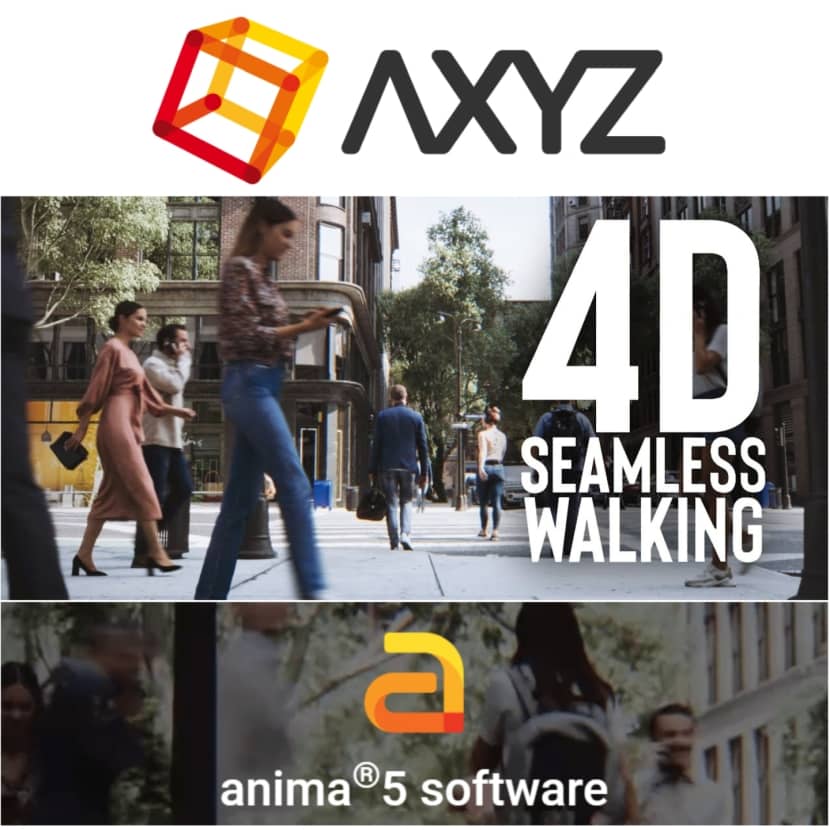 AXYZ has unveiled anima 5.0, the latest version of its crowd animation software!

Users draw paths for crowd characters directly in the viewport, and place scene objects like furniture and traffic lights, along with areas for animated characters to avoid.

The software is tailored for use with AXYZ design’s own Metropoly range of stock-rigged characters, but users can also import their own characters and motion clips.

Integration plugins are available for 3ds Max, Cinema 4D, Maya, and some other host applications, and animated scenes can also be exported in FBX, OpenCollada, or V-Ray’s .vrscene format.

There are also a number of workflow improvements to the core software and to the 3ds Max and Cinema 4D plugins.