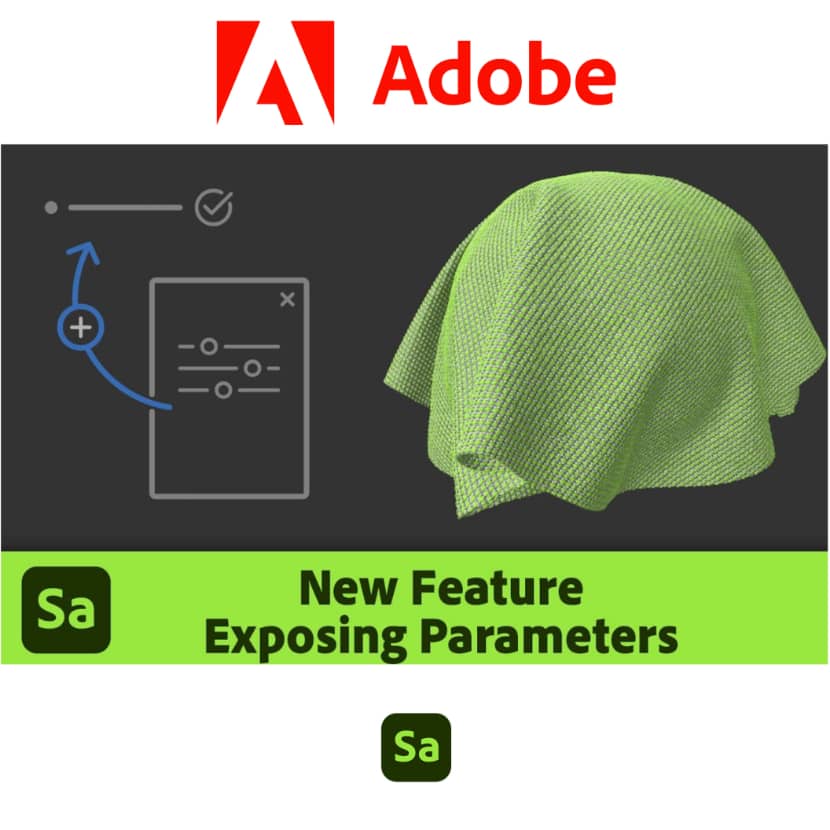 The update adds a new Python API for writing custom scripts and plugins and makes it possible to expose parameters when exporting materials, making them editable inside other DCC tools and game engines.

One major new change in Substance 3D Sampler 3.4 is that it is now possible to expose parameters when exporting materials, as you can in Adobe’s Substance 3D Designer.

The other major new feature is the Python API, which can be used to create scripts or plugins to automate repetitive tasks, or to modify Substance 3D Samplers’s interface and functionality.

Scripts can be launched via a dedicated Scripts menu, while plugins become part of the Sampler interface, and can be docked and moved around like native UI panels.

The new API extends to asset authoring, and management of layers, parameters, and projects.