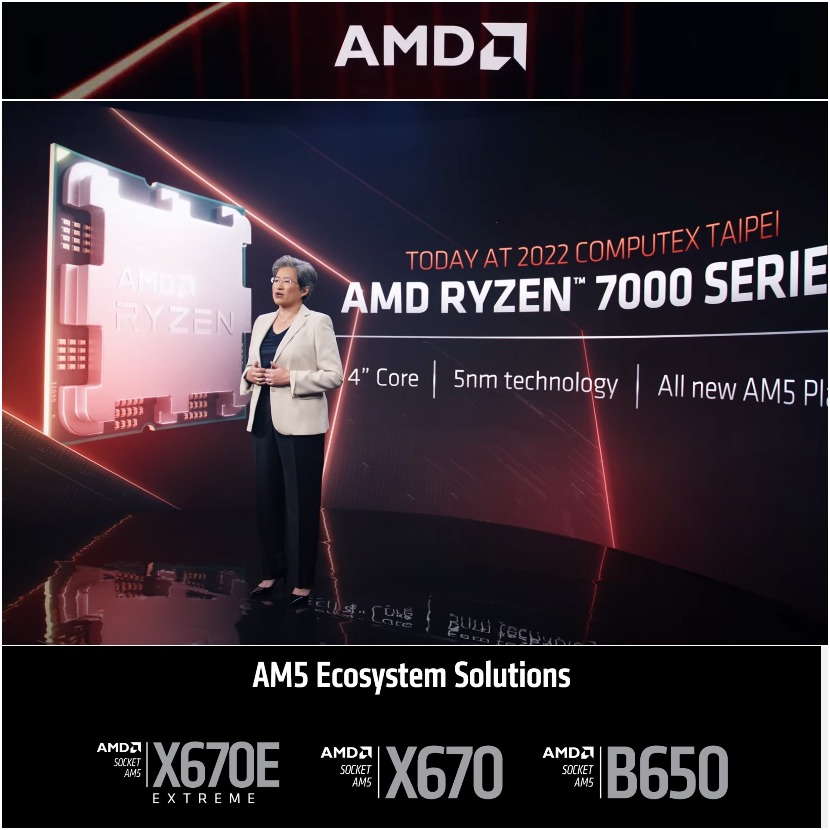 Dr.Lisa Su announced the birth of ZEN 4 which is a 5nm FinFET, a new AM5 socket platform, and Ryzen 7000 Processor series which can deliver faster performance in gaming and content creation. A comparison between AMD Ryzen 7000 Series and Intel Core I9-12900K, shows that Ryzen 7000 finished the rendering process in the same Blender scene about 30% percent faster.

AM5 Ecosystem motherboard solutions that are available: