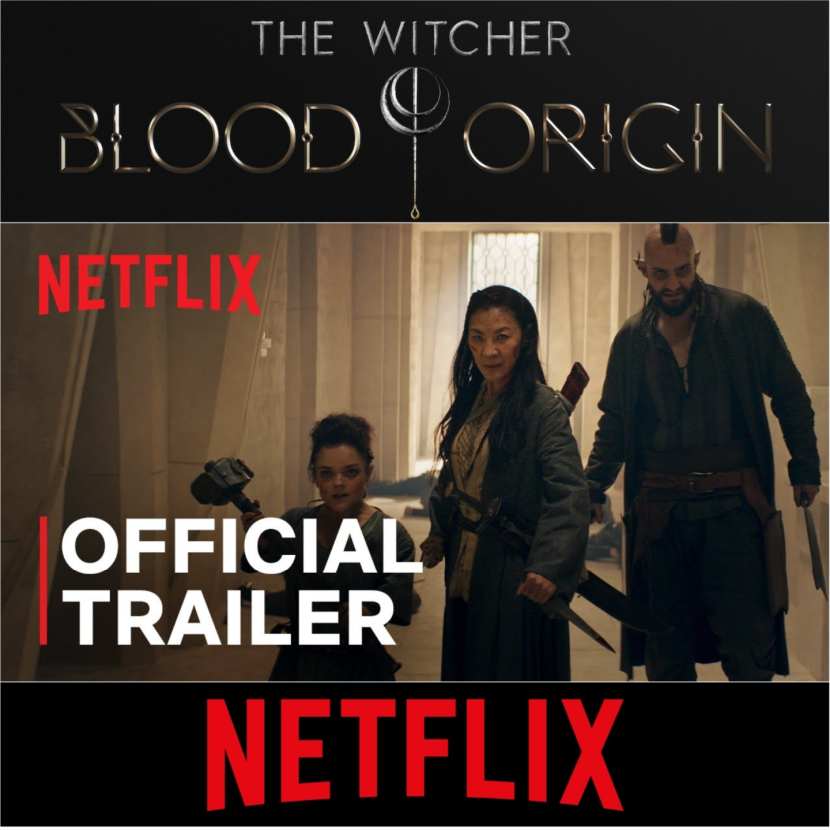 More than a thousand years before the events of "The Witcher," seven outcasts in an Elven world joined forces in a quest against an all-powerful empire...

Taking place in the elven Golden Era, 1200 years before the time of Geralt, Yennefer, and Ciri, The Witcher: Blood Origin tells the story of seven strangers who join together to fight an unstoppable empire.

Though they hail from warring clans, Éile and Fjall must learn to trust one another if they have any hope of leading this band of outcasts on their quest to topple the Continent’s oppressors.

But, when gateways to other worlds are opened and a power-hungry sage unleashes a new weapon, the Seven realize they must create a monster in order to defeat one…

This four-part prequel series premieres on Netflix on December 25.