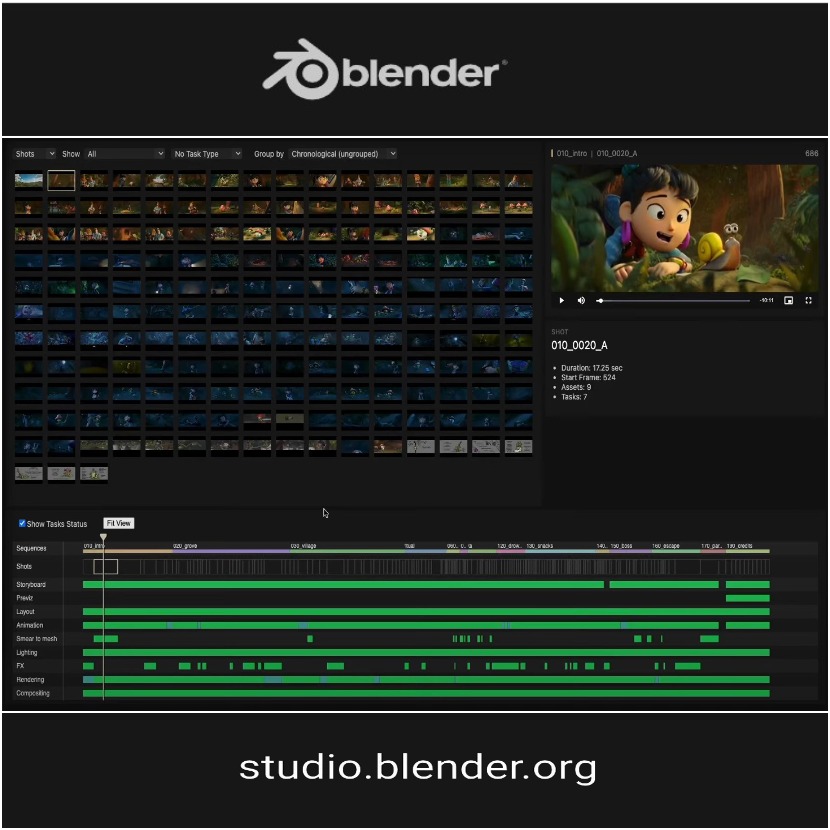 Watchtower was developed to be used in the production of Sprite Fright, which is an 80’s-inspired horror-comedy.  It consists of Grid ( it shows all the shots in the film ungrouped and the timeline shows all the shots and sequences as well as the task status for each task associated with a shot.)

Some of the features are:

Blender Studio is the creative part of Blender HQ, a team of dedicated artists and developers who challenge themselves to help blender users and drive blender development in an open-source production environment.