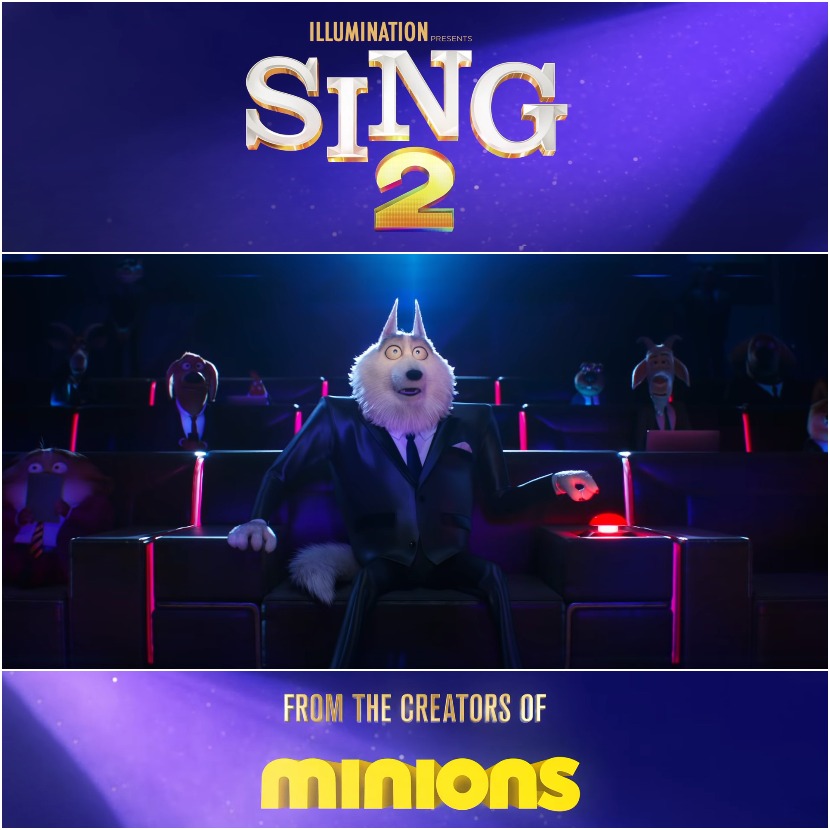 This time our hero Buster Moon and his band pitch an outrageous idea to have to persuade star lion rock legend Clay Calloway, the famous artist who shaded himself from the world more than a decade ago, after the loss of his wife, to join them in their next show, as they promised Mr. Crystal.

SING 2 is written and directed by acclaimed returning filmmaker Garth Jennings. Enjoy watching this epic adventure coming to the big screen on December 22!

Universal Pictures is one of the oldest American film studios, founded in 1912, owned by Comcast through its wholly-owned subsidiary NBCUniversal. It is one of Hollywood's "Big Six" film studios. Also known as Universal Studios.