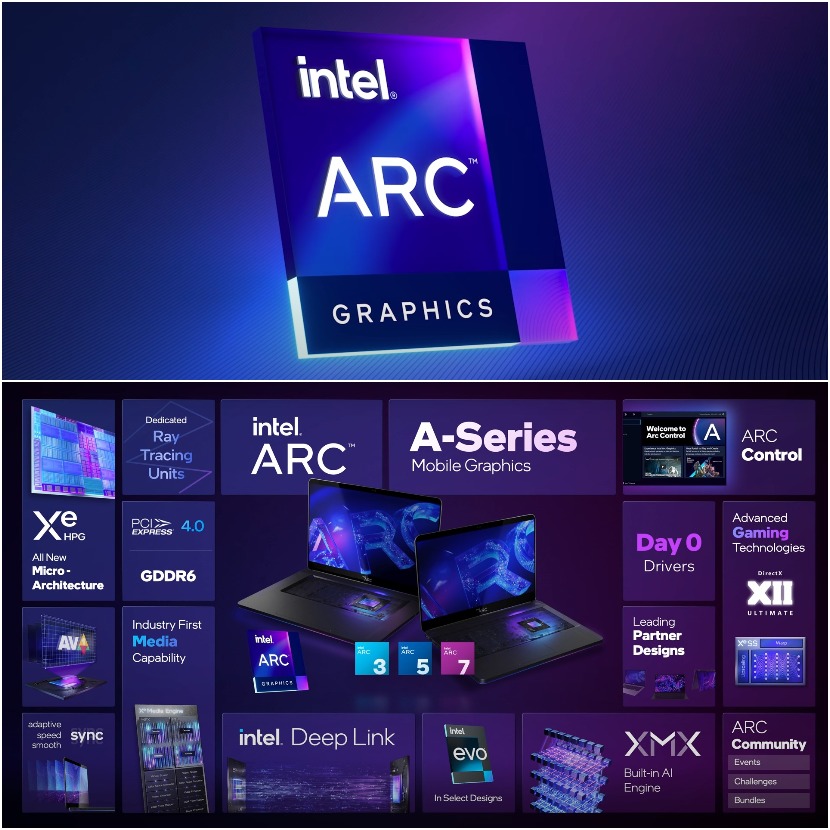 Roger D. Chandler” Intel’s vice president said that later this year, it will be followed by GPUs for Desktops and powerful workstations.

ARC 5 and ARC 7 are coming later this year for heavy-duty, high-performance Laptops with more juice.

Some of the capabilities and supported technologies are:

To learn more about this game-changer GPU series CLICK HERE.

Enjoy this 12-minutes presentation for the ARC Series, and a surprise at the end of the video:

Intel Corporation is an American multinational corporation and technology company located in Santa Clara, California. Founded on July 18, 1968, by semiconductor pioneers Gordon Moore (of Moore's law) and Robert Noyce.  It is the world's largest semiconductor chip manufacturer and is the developer of the x86 microprocessors series, which is found in most personal computers (PCs).