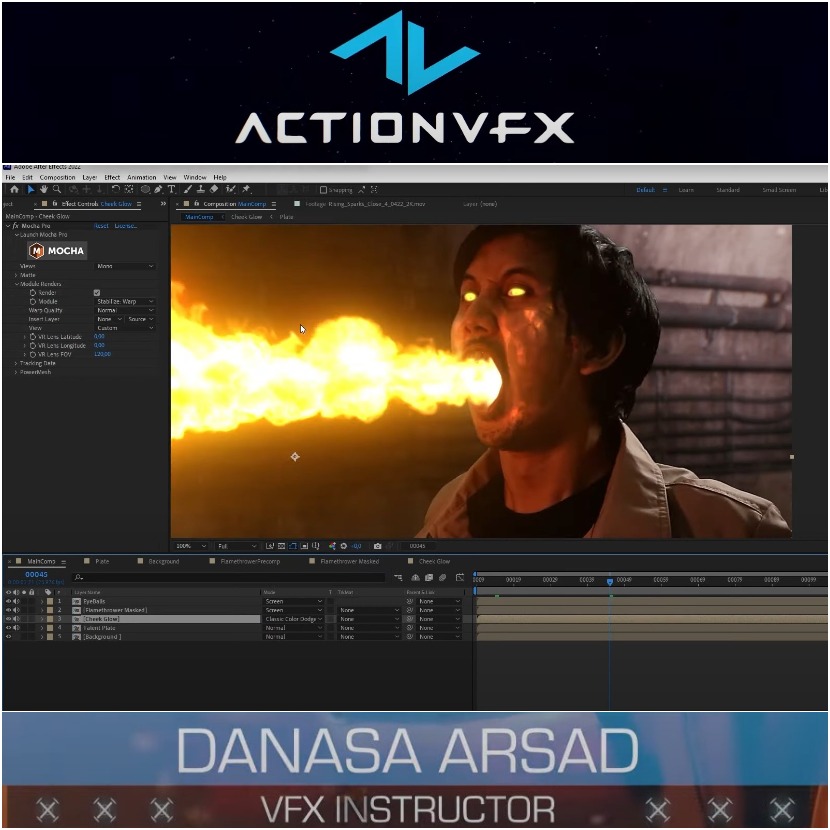 Action VFX has shared a VFX tutorial, by Danasa Arsad VFX instructor, which was inspired by The Extremists character from Iron man 3.

This tutorial focuses on compositing the fire and the creation of a glowing skin subsurface effect while using Action VFX’s flamethrower collection of assets.

Danasa divided the tutorial into chapters as the following:

Danasa Arsad is an Indonesian VFX artist from Jakarta, with very good knowledge in compositing, working in Vancouver, Canada. He has worked in several independent films such as Pixels (2015), Insurgent (2015), and Foxtrot Six (2019).

Action VFX was founded in 2015 in Johnson City, Tennessee, providing high-quality visual effect assets with a love for filmmaking and technical expertise. They have more than 4,700 elements such as explosions, water, fire, smoke, debris, particles, energy, and many more.