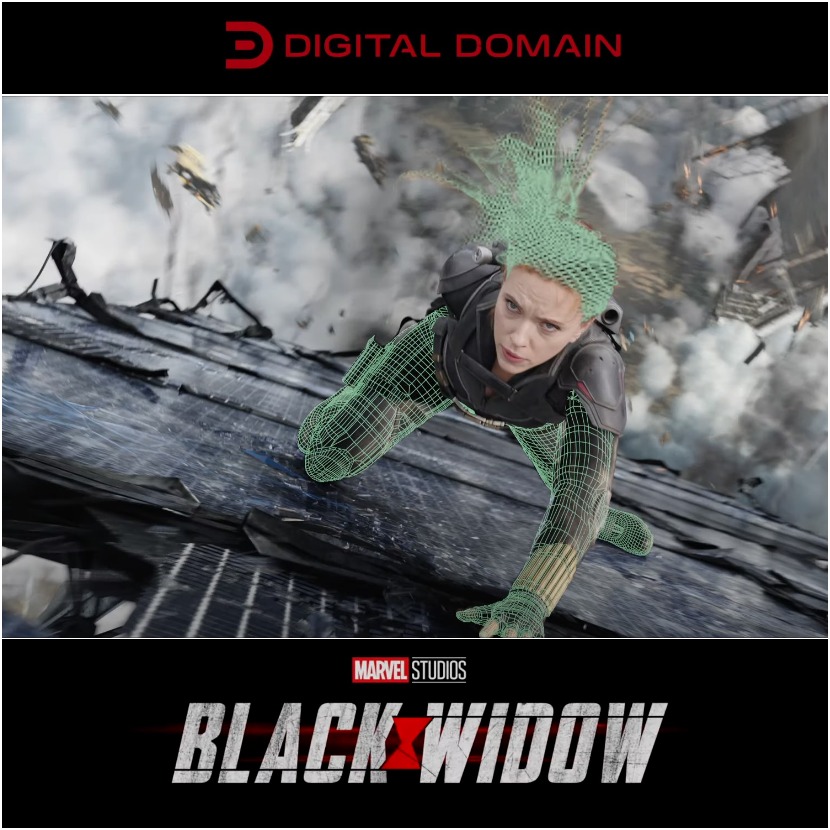 Supervisor Dave Hodgins and his team from Digital Domain have shared a breakdown reel showcasing the VFX they did for Marvel Studios’ Black Widow.

The breakdown shows how they managed to do many action sequences, like creating the “Red Room” and its destruction and the final battle between Black Widow and the Taskmaster. Enjoy the video!

Marvel Studios’ Black Widow is an American superhero film based on Marvel Comics; it features the character of Black Widow, ”Natasha Romanoff ”,  who confronts the darker parts of her ledger. The film is produced by Marvel Studios and distributed by Walt Disney Studios Motion Pictures.

Digital Domain is an American VFX and digital production company based in Los Angeles, California. It is famous for many feature films, games, and advertising; The company was founded by Director James Cameron, Special effects maker Stan Winston, and Scott Ross in 1993.