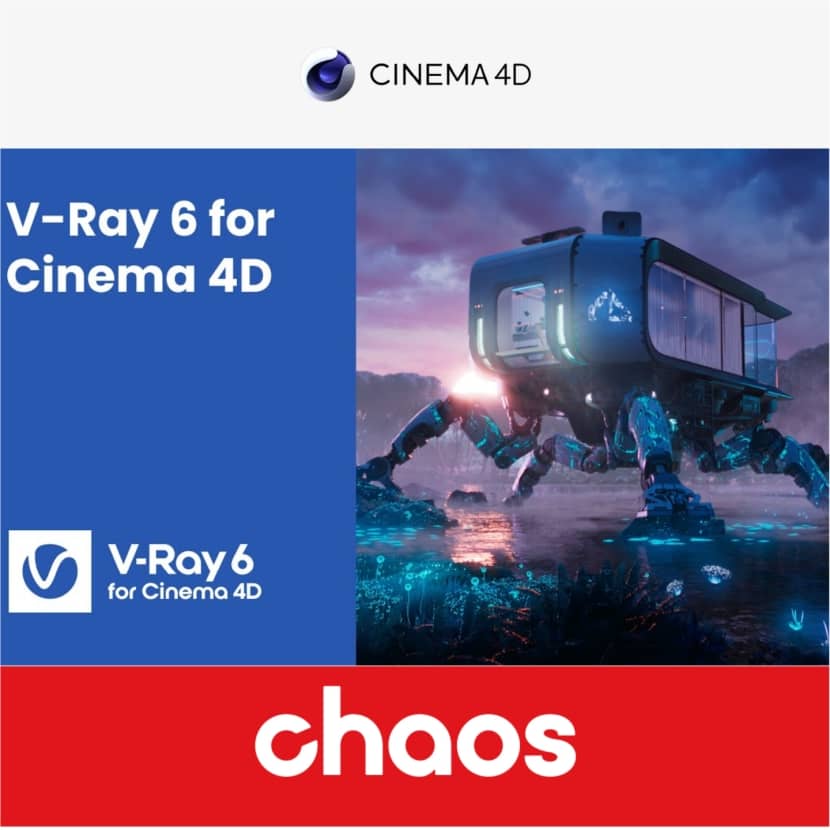 New features in the latest major version of the renderer include V-Ray Enmesh, Chaos’s system for repeating geometry across the surface of an object without instancing, and procedural clouds in V-Ray Sky.

Changes unique to the Cinema 4D edition include the option to convert existing V-Ray materials to the new V-Ray Node materials and support for rendering particles, including those generated by X-Particles.

The release makes Cinema 4D the latest host application to get the new features from V-Ray 6, following the release of V-Ray 6 for 3ds Max and V-Ray 6 for Maya.

The initial beta does not include Chaos Scatter, the new object scattering system originally rolled out in Corona 8 for 3ds Max and Cinema 4D earlier this year.

However, it does include the other main new feature in V-Ray 6 – the >VRayEnmesh modifier, which covers the surface of an object with repeating geometry, in a way analogous to tiling a texture.

We're hoping for you to see the latest software updates on your favorite render farms!

Chaos is a Bulgarian company established in Sofia in 1997 (famous for V-Ray). It is a world leader in visualization and computer graphics, creating technology that empowers artists and designers to visualize anything they can imagine. Their solutions vary from 3D rendering, real-time rendering, and simulation software.

Cookies make it easier for us to provide you with our services. With the usage of our services you permit us to use cookies.
Declaração de Proteção de Dados Ok